The essence of Khadi’s simplicity, purity and sustainability was reflected through the Khadi fashion show organized by Khadi and Village Industries Commission (KVIC) at Hotel Ashok in New Delhi last evening. The fashion show, curated by the Fashion Design Council of India (FDCI) led by ace designer and KVIC Advisor Shri Sunil Sethi, showcased 60 designs by 10 budding fashion designers, who were selected through an All-India Khadi Designers Competition organized by KVIC. Top 3 designers were also awarded on this occasion.

Designer Swatti Kapoor received the 1st prize with a cash reward of Rs 10 lakh for her creation depicting Khadi as the most ethical and sustainable clothing. The collection was inspired by the 19th Century poem titled “Kubla Khan” by Samuel Taylor Coleridge. She used fine Khadi Muslin fabric in plain and self-check with block printing, hand crochet, and hand embroidery, and other kinds of fabric manipulation.

Designer Dhruv Singh was declared the 2nd runner-up with a cash reward of Rs 5 lakh. His collection named ‘Anaarbagh’ is inspired by a painting of Krishna dancing in a full moon night with his devotees/lovers, in the month of Kartik. The idea was to give Khadi a bit of a festive look by creating ensembles that give the feel of couture with comfort and ease to the body. He used plain Khadi cotton fabric and all the ensembles are completely hand-embroidered by our karigars from Bengal and Gujarat, using 6 strings of hand-twisted pure zari. 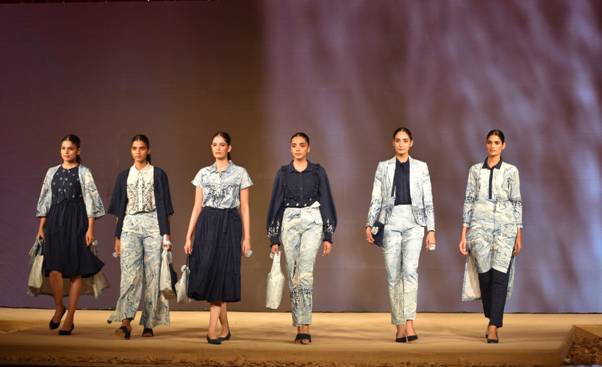 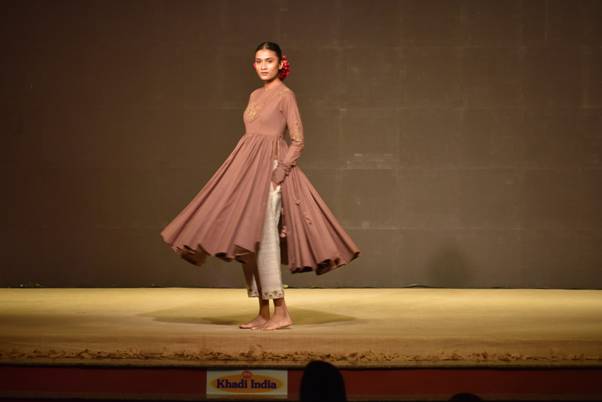 The All-India Khadi Designers Competition was organized to introduce modern design interventions and add a trendy twist to Khadi. The KVIC received 393 nominations from young fashion designers from across the country. A screening committee comprising Fashion Designers, experts from design institutes, and top functionaries of KVIC was constituted to shortlist 10 best designers. The top 3 designers were selected during the show by the jury.

Chairman KVIC, Shri Vinai Kumar Saxena said the creations of these contestants will soon be made available at Khadi India outlets as designer wear. The idea is to attract younger generations towards Khadi with clothing that is comfortable, easy to wear, and trendy.